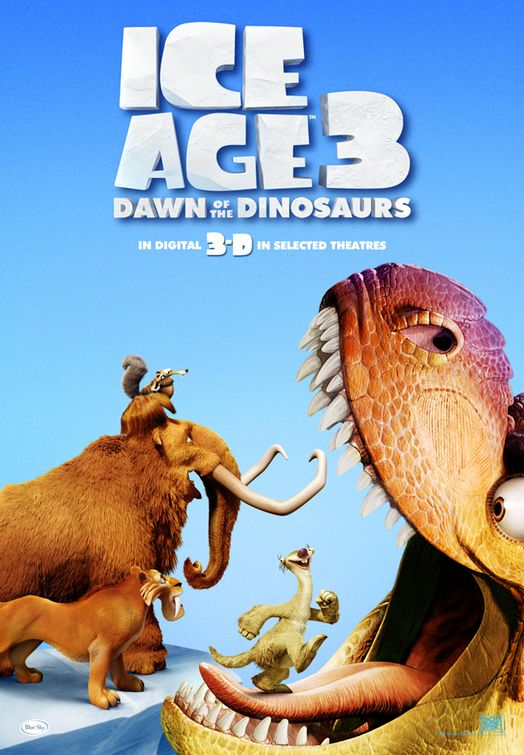 Ice Age 3 Dawn of the Dinosaurs PC Game is a platform game based on the film of the same name. This game is developed by Eurocom and published by Activision. It was released on June 30, 2009. This game was made for  Xbox 360, Wii, PlayStation 3, PlayStation 2, Games for Windows and Nintendo DS. A demo was made available in the Xbox Live Marketplace on June 15, 2009. There is also a pc demo version is given.

Ellie and Manny are expecting their first child, and Manny is obsessed with making life perfect and safe for the family, since his first experiences as a husband and father went bad when his family were killed by hunters. At the same time, Diego finds himself unable to catch a cocky gazelle he has been stalking and decides to leave the herd, believing that he is losing his predatory nature as a tiger. Sid begins to wish for a family of his own and “adopts” three apparently abandoned eggs that he finds in an icy underground cavern and call them Egbert, Shelly, and Yoko. Manny tells him to put them back, but Sid instead looks after the eggs, which hatch into baby Tyrannosaurus the next morning. 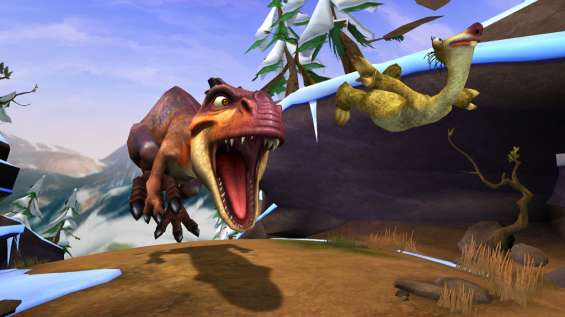 Buck has been living in this jungle for quite some time and is fighting Rudy, a huge albino Baryonyx, intending to avenge the eye he lost to it when he was young with a knife he carved from one of Rudy’s teeth. He agrees to lead the herd through the jungle’s perils to Lava Falls, where Momma has taken Sid and her babies. In the meantime, Sid and Momma try to outdo each other in feeding the offspring; he loses this contest, but is soon welcomed into the family regardless. The next day, however, Sid is separated from the family and attacked by Rudy. Sid is knocked onto a loose rock slab that is floating on a river of lava and about to plummet over the falls. 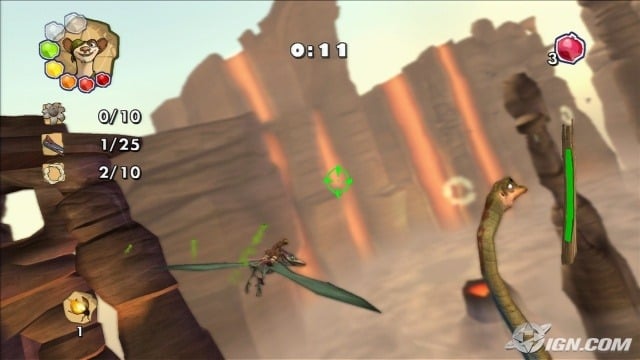 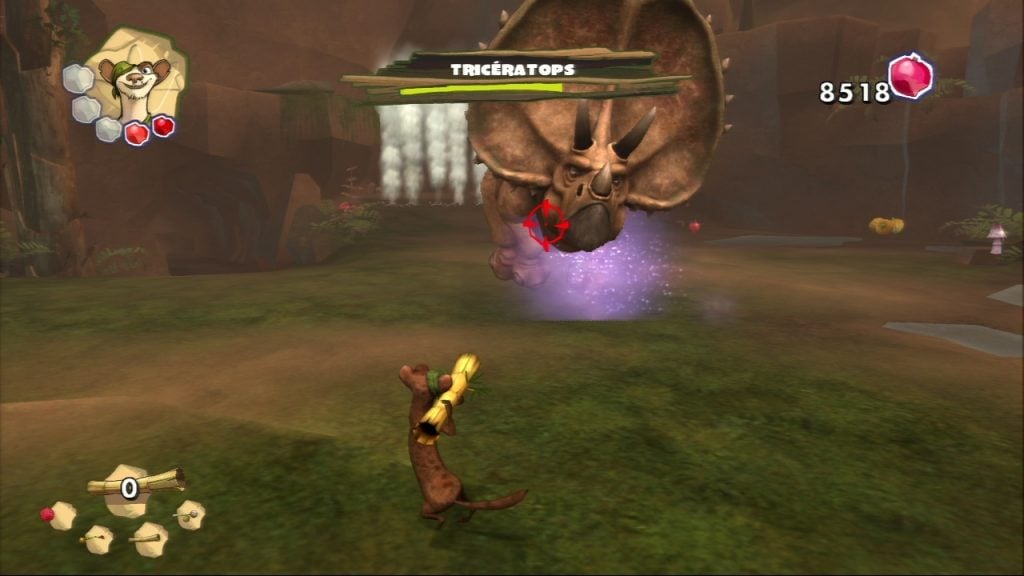