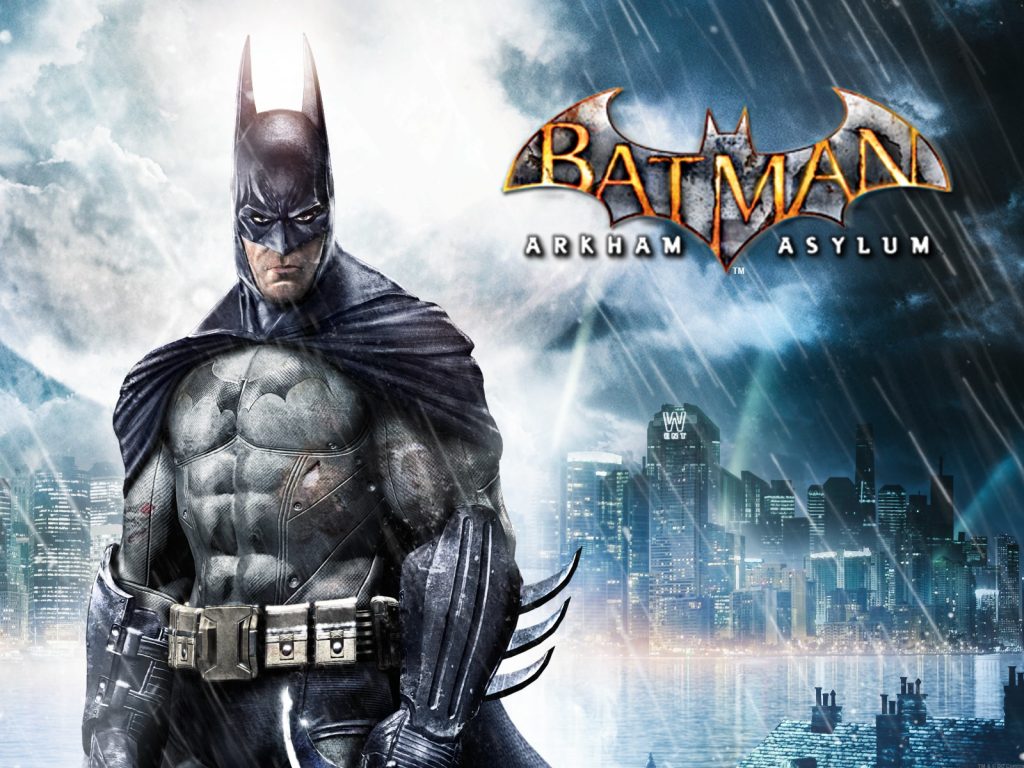 Batman Arkham Asylum PC Game is an adventure and action play game based on superhero Batman of DC Comics. This game was developed by Rocksteady Studios and published by  Eidos Interactive in conjunction with Warner Bros. The Game was released on 25 August 2009. It was released worldwide for consoles, beginning in North America, with a Microsoft Windows version following on September 15.

This Game is based on long-running comic book mythos. The Storyline of the game is Batman’s archenemy, the Joker, instigates an elaborate plot to take over the control of Arkham Asylum and trap his enemy batman with many of his foes. Joker threatens to detonate the bombs he had hide in Gotham City. Now Batman has to fight his way and get out of the asylum and he had to stop joker and his plans. The Game leading characters are voiced by those who have appeared in other media. 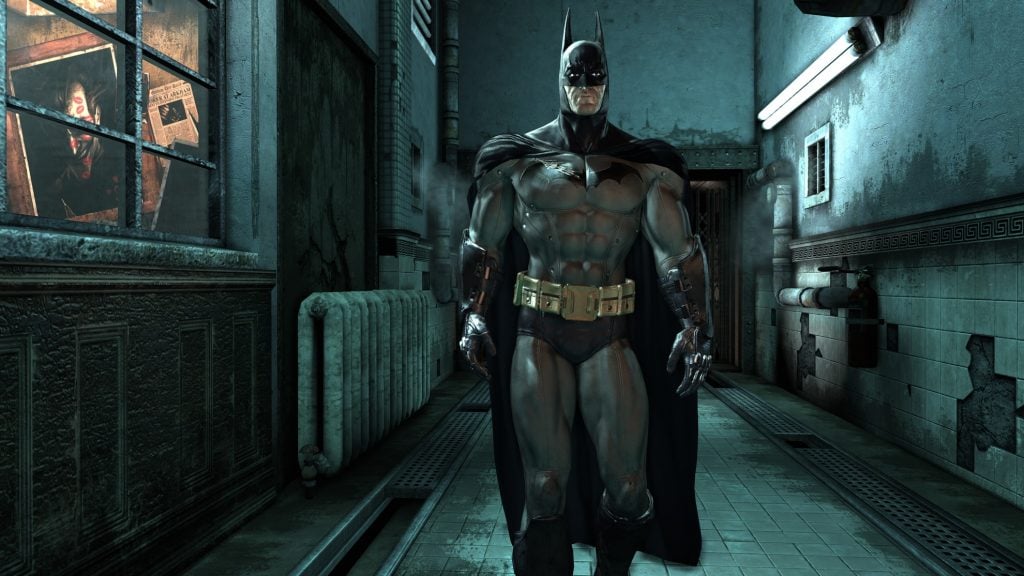 From a third-person perspective, Batman Arkham Asylum PC Game is an action-adventure game. The charter which is controlled by the user is visible and you can view the camera freely rotating around him. The player controls the hero Batman as he starts playing Arkham Asylum which is a secure facility to keep criminals far from Gotham City. The starting area of the game is linear, serving as a tutorial for the moves and approaches available to the player. Once the player reached on the island, he is free to explore the game world. Some areas of the game remain inaccessible until some parts are not cleared in the main story. The player can run, jump, climb, crouch, glide from heights using his cape, and use his grapple gun to climb low structures although he can use it to escape higher ledges. 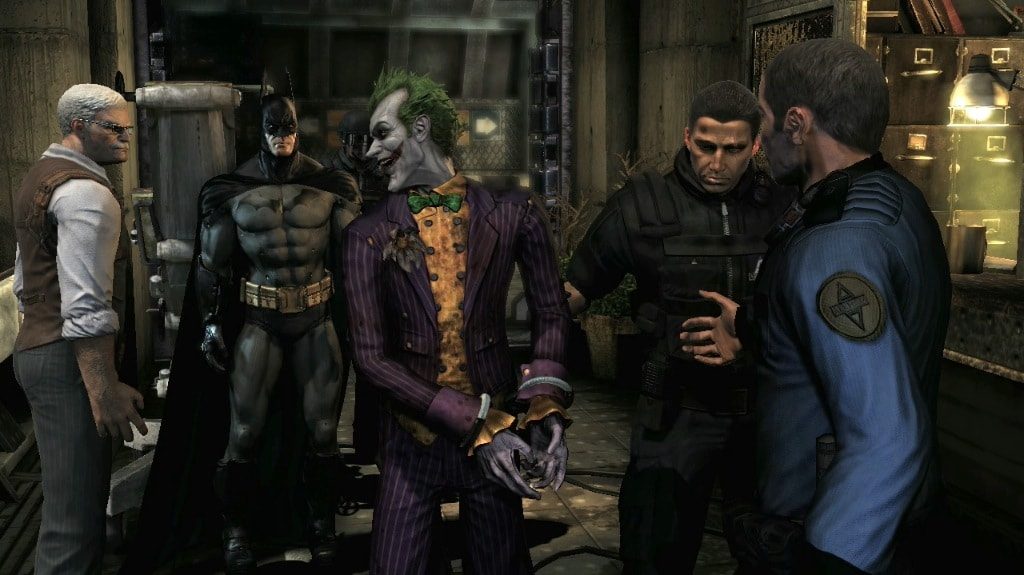 There is detective vision mode in the game which allows the player to see all contextual information, tilting the game world blue and highlighting interactive objects like destructible walls and removable grates, the number of enemies in an area and their status( awareness of Batman’s presence, shows civilians and corpses). This mode is also used to follow the footprints and solve many puzzles. The Batman is loaded with server gadgets, that he can use in the fight or any combat.  The Batarang gadget is a device that stuns the enemies for a limited time or also can trigger remote devices. There is also a remotely controlled version that can be steered once thrown. The sonic battering is to attract the attention of the enemies so Batman can easily sneak on them and then attack. Small explosions can be used on weak walls and floor to smash them and make them away. The small explosive can also be detonated remotely when some enemy reaches near to that wall or floor. The line launcher can be used to traverse horizontal spans. The Batclaw gadget is used to grasp the object and-and also grab the enemies. The Cryptographic Sequencer gadget is used to override security panels, open new paths, or disable various asylum functions.

On Compatible systems, the Microsoft Windows version peoples who use Nvidia’s PhysX software engine to get realistic, dynamic interactions with the game world. 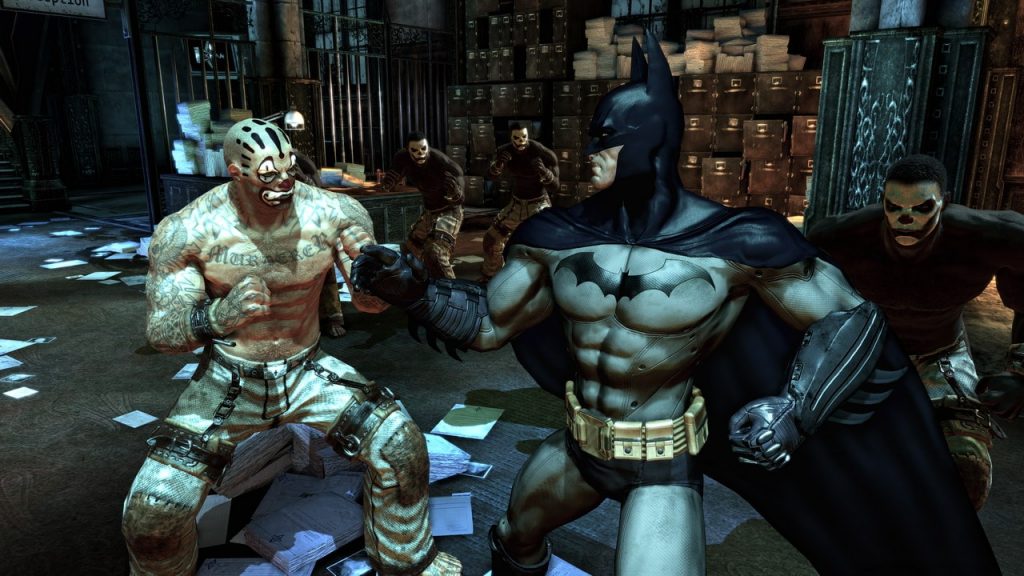 How to Change the Language of the Game?

For those of you trying to change the language, you have to do it in the install. When you get to the page where it shows the location of the install (Program files x86-batman etc..), instead of clicking install, click “COMPONENTS” first and choose English. Then after that, you’re ready to install.

admin can you please elaborate how to extract all parts please?

Download all parts first and keep them in one folder, then extract 1st part only. All parts will be downloaded

Hi admin the game will success fully installed bt when i lunch ….
Error msg .net framework
Unhandle exception has occurred in your application if you click continue the app will ignore this error and attempt to continue. If u click quit the application will close immediately
… after clicking continue my function r not working …. Please help … Please

Install .Net framework on your pc first then start the game

I downloaded all parts and i extract all but when i play the game then its show some netframe work 3.0 is needed what can i do

Install .Net Framework 3.0. Google it. You will find a link to download and install

whatever is missing, download it from google and then run the game

I’ve direct x 12.0 windows 10..Intel HD 520 and 4gb ram…then too the game doesn’t work…after installing it says that ‘microsoft directx direct 3d is missing’…what can I do…very desperate to play the game..

Will it work on Windows 7 32bit? And can you assure that its virus free??

yes, it is virus free

while extracting a” file is corrupt” error is seen.. what will i do..?

Update your winrar and try again. or Just extract it via 7zip

At the end of the post.. Written text Part1 Part2 Part3

hey i have 4gb ram , intel core i3 , nvidia gt 630 graphics… can i play this game in low or medium resolution ?? and what what game i can play with this specifications…

see the minimum PC requirements given in the post.

We should extract all the 3 files

I waiting for your reply

Please freind help me . I have downloaded many games from your website and that works very well but only this game
I have done installation but when 49% installation is completed then it shows Bink compressor is stopped working but then also installation is going on and then it completed and when I ran the game it opened but when click for difficulty select then it shows not responding
I have installed more then five times but I always get same problem

You need to disable your antivirus and also make sure you do it before extracting the setup. Then try installing

Is it working?Ans admin which repack is this?

yes, it is working..

I clicked download full version option then also nothing happens

Bro update your winrar to the latest version and try again

May I have to extract all three parts of game

yes, you have to install all parts of the game